Gallery for Sustainable Art in Berlin 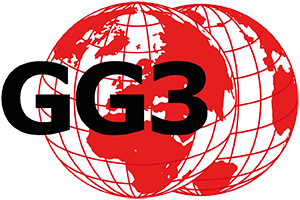 Introduction to the exhibition The Song of Vanishing Species

Introduction to the exhibition The Song of Vanishing Species by Dr. Carola Muysers. Bees & Butterflies. Agency for creative companies

The industrialization of agriculture with its harmful fertilizers and weed poisons threatens biodiversity across the board. The colorful animal and plant world is dwindling, the biodiversity is declining, yes, whole species are disappearing from our planet. Her swan song has begun.

Although environmental, nature, animal and landscape conservationists warn that even if there are statistics on species extinction and petitions are being negotiated at all levels of politics, few people hear the singing of the disappearing species, which few see as they say goodbye. And the fewest see the fatal consequences for humanity.

The artists Alfred Banze, Sandra Becker, Lioba von den Driesch, Stephan Groß, Sylvia Anais Krüger, Benna Gaean Maris, Sybille Neumeyer and the artist network Magenta are now focusing their attention on this topic in the latest group exhibition of Galerie Group Global 3000. Her installations, drawings, audio and video pieces as well as photo collages and objects give the phenomenon of species extinction a visual, acoustic and haptic form. The resulting works form a new art language, they equip our cultural memory with a new artistic vocabulary.

In her audio tracks, Italian artist Benna Gaean Maris mixes animal sounds with words and songs. In “Evergreen” the chirping of exotic birds sounds like from the depths of the jungle, which crosses over with the oldie hits sung by the artist. The technical distortion creates a primeval thunder rumble and a sound carpet of familiar, strange and threatening sequences is created. Associations with the creation, evolution and culture of the people are awakened. We begin to listen to history.

The Audio Track Dying for Selfies is dedicated to the death of a baby dolphin in Spain. Beach visitors had repeatedly taken him out of the water for selfies, plumped him out of the air supply and caused him to become so upset that he died as a result. Here, dolphin calls connect with the wordplay Selfish pronounced by the artist. The sound carpet becomes a lament that one would like to hear as an installation at the scene.

The media artist Sandra Becker, who specializes in the artistic research of concrete phenomena as well as social and social contexts, is this time with a small laboratory with the title “Birds 2018” here. Here we can look at flight trajectories and formations as well as index cards from a small box containing Wikipedia entries of dying bird species. From a loudspeaker sound digitally alienated bird sounds. The installation is like an excerpt from her studio, in which the species extinction is artistically explored. The aesthetics of the trajectories, the alienated avian lute and the small floating card box is contrary to the frightening numbers of bird dying: In Germany, there are since 2006, 12.7 million bird breeding pairs less.

The installation artist Sylvia Krüger has built a cornucopia of strong sisal that floats above the ground. A cornucopia, which should actually donate the life-giving honey and flowers under the title “Whispering honey”. Instead, he offers a home to 100s of specially collected dead bees. The cornucopia has on its side a tumor of withered grasses and flowers, in which dead bees have also caught. The cornucopia as a symbol of nature, is sick. The process of donating, pollinating, growing and sharing is disturbed, even reversed. Instead of giving life, the cornucopia has become the burial place. It is hardly clearer that something is wrong with nature here and that the causers are ourselves.

The Greek artist network Magenta with the main actors of the visual artist Katerina Sotiriou and the stage and costume designer Elena Timplalexi shows in his video “Unstill Life – Exquisite Corpse” a lily flower that is heated in an oven and faded. At the heart of Magenta’s artistic creation is the theme of life and death. The associated projects examine life and death with a specially developed artistic vocabulary that allows profound interpretations. Here it is the plant dying that the artists stage in the shell of the stove like in a showcase. The oven, in which the lily, a significant plant in the history of art, opens up an even more gruesome association: the tender annihilation of life in any form.

In his collage print “Frozen Warnings”, graphic, installation and collage artist Stephan Gross combines the motif of two flamingos on an ice surface with that of a small boy, a war victim. A blanket serves the boy and the flamingos as a small shelter. It combines the two completely different elements. The rough collage of the collage gives rise to a new image: the boy rests together with the flamingos on the ice, he is wounded like her or dead and like him is exposed to the freezing cold. The new image shines in ice cream or advertising colors: pink, white, blue, pink and purple. In its beauty, it also asks about the vulnerability of living things, about life and death, about those responsible for this scenario. As the title says, the picture sees itself as a visually memorable warning without the raised index finger, to which we have already long since stopped responding.

With her several 1,000 bees in a lightbox, artist Sybille Neumeyer has composed the “song for the last queen”. The bees are individually fixed in acacia honey-filled glass tubes and placed in the box. The animal carcasses are part of a sheet of music, a glass window, a study showcase in front of which we stop in amazement. To be confronted with the death of one of the most endangered species in our ecosystem, which we may no longer be able to avert.

For the installation “field”, the artist lets the plant motif grow out of numerous 1-dollar bills, which she has previously cut out finely. The artist has earned the dollar bills independently in vegetable growing. A dollar-charged monoculture that captivates us in its beauty, confronting us with a massive agricultural problem in reflective reflection.

On his large-format drawing “Seaweed” the artist Alfred Banze has recorded numerous tufts of seaweed in ink and watercolors. From tender green lines and black dots, the individual Tang branches spread over the entire image area. They follow their own rhythm, each strunk meanders in its own direction. For those who take a longer look, a depth effect is created in which the pieces swim away like fragmented chromosomes. With his drawing: Beauty – Not Made for Humankind (Seaweed), the draftsman, media artist and performer wants to lead us beyond our functionalized understanding of nature and beauty, which allows us to look exclusively at benefit and profit. How beautiful the calligraphy of seaweed is in the water, only the one who gives up her profitable gaze sees.

The media artist Lioba van den Driesch shows in her stopmotion animations of birds, insects and frogs. The water drawings on a slate hold the animals as shadows, which form, fly, swim and pass in the drying process. The retro character of the three short films gives us an insight into a world of diversity that once existed. In the time of such films, I think of Lotte Reiniger, the great animation artist and predecessor of Walt Disney.

The exhibition “The Song of Vanishing Species” demonstrates responsibilities on many levels.
In terms of content, the art objects call for a stop to the madness of the systematic destruction of species and nature.
Then they demand mindfulness on the aesthetic level, you have to look, listen, read, and use their brains to open up the works and their message.
And the artists present their art through a network where everyone sticks to the idea of ​​better dealing with nature.
Finally, the “Group Global” gallery is a place where artistic appeals to sustainability are heard, heard and disseminated.

The singing of the disappearing species is louder than we think. We join in and make him back to the song of a world worth living.

© Dr. Carola Muysers, agency “Bees & Butterflies”, Gitschiner Str. 61, 10969 Berlin. For use as an exhibition text, for the GG3 website, for guided tours of the exhibition and for a publication on the exhibition. Further uses require coordination with the author.

This website uses cookies to improve your experience while you navigate through the website. Out of these, the cookies that are categorized as necessary are stored on your browser as they are essential for the working of basic functionalities of the website. We also use third-party cookies that help us analyze and understand how you use this website. These cookies will be stored in your browser only with your consent. You also have the option to opt-out of these cookies. But opting out of some of these cookies may affect your browsing experience.
SAVE & ACCEPT